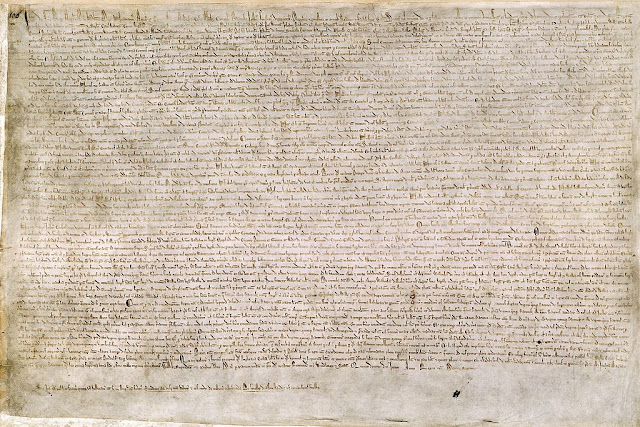 Most great change comes about as the result of conflict of one sort or another and the chaos that invariably ensues as a result. Never is this more so than in the realm of politics and alterations to the balance of power. Now and again such change creates a legacy and invokes a memory that goes far beyond its original intent and indeed the imagination of its protagonists. 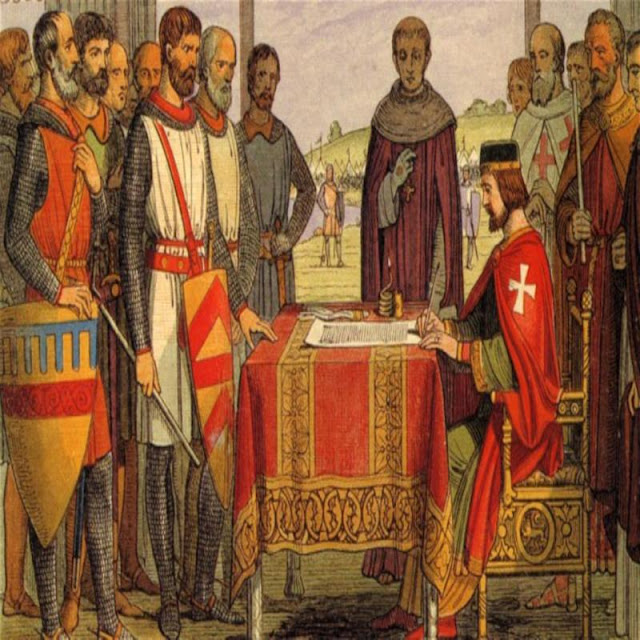 The meeting between King John I and his Barons on the field of Runnymede on 15 June 1215, and the document it subsequently produced is one of those moments.

“No free men shall be seized or imprisoned or stripped of his rights or possessions or outlawed or exiled or deprived of his standing in any way nor will we proceed with force against him or send others to do so except by the lawful judgement of his equals or by the laws of the land.”

“To no one will we sell, to no one deny or delay right of justice.”

The Justice Clause is the most famous and the most often quoted of Magna Carta’s 62 Articles and has evolved to form not only the basis for the legal systems of liberal democracies around the world but also the judicial reference point for regimes in which the dispensation of justice is not entirely devolved from the practice of political power.

“No scutage or aid (tax) may be levied within our Kingdom without its general consent.”
The King could no longer impose taxation upon his subjects without making provision for the calling of the (Barons) Council and the agreement of that Council.

The Taxation Clause of Magna Carta would be used to oppose the imposition of taxes by Charles I during the suspension of Parliament and the period of his personal rule.

It would also serve as the inspiration for the rallying cry of the American colonists of ‘No Taxation without Representation’ during the War of Independence.

Articles 60 and 61(The Security Clause)

“Since we have granted all these things for God, for the better ordering of Our Kingdom, and to allay the discord that has arisen between us and our Barons, and since we desire that they shall be enjoyed in their entirety, with lasting strength, forever, we give and grant to the Barons the following security:

The Barons shall elect twenty five of their number to keep, and cause to be observed with all their might, the peace and liberties granted and confirmed to them by the Charter.”

Also contained within it was the proviso that:

“The King shall seek to obtain nothing from anyone, in our person or through someone else, whereby any of these grants or liberties may be revoked or diminished.”

Arguably the most significant of all Magna Carta’s Clauses this for the first time saw restraints imposed upon Royal power and the prerogatives of the King.

If the King failed to abide by the terms of the Charter after notice had been given of his failure to do so by at least 4 of the 25 Barons on the Council and if any non-compliance continued thereafter then the Barons would be absolved of their Oath of Fealty and could take up arms against him.

The King was no longer the sole power in the land and the Security Clause would provide the principle upon which Parliament would oppose the Stuart Monarchy’s claim to rule by Divine Right.

Posted by Prisoner of Eternity at 10:03 No comments: