The Execution of King Charles I

On 30 January 1649, King Charles I was executed outside the Baquetting House in Whitehall. 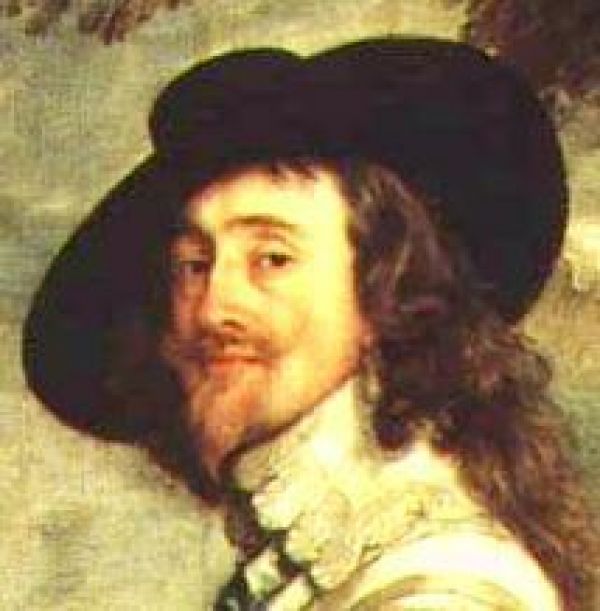 On the 30 January 1649, King Charles I was executed outside the Banqueting House in Whitehall:
On the morning of his execution he was permitted to walk his pet dog Rogue in the grounds of St James Palace. For his last meal he requested some bread and a single glass of wine. It was a bitterly cold day and he asked to be provided with an extra shirt remarking that, "the season is so sharp as probably may make me shake which some observers may imagine proceeds from fear. I would have no such imputation".
The execution had been greatly delayed when the public hangman Richard Brandon and his assistant refused to carry out the execution, and a replacement had to be found. A frantic search found two men with the required experience willing to do so, though the fee had to be increased to £100 and they were to be masked, and even today their identities remain a mystery which undoubtedly saved their lives following the Stuart Restoration.
At 2pm on 30 January 1649, Charles was led from the dark interiors of the Banqueting House into the crisp, bright winter light and to the scaffold that had been draped in black for the occasion. The usual reveries before a public execution were absent, murmurings replaced cat-calls, and the many thousands present stood in silence as was customary before the condemned man addressed them:
"I never did begin a war with the two Houses of Parliament. And I shall call God to witness, to whom I must shortly make an account, that I never did intend for to encroach upon their liberties. They began upon me. For the people, I truly desire their liberty and freedom as much as anybody whomsoever. But I must tell you, that liberty and freedom consists in having of Government those laws by which their laws and their God's be most their own. It is not for having a share in Government, Sir, that is nothing pertaining to them. A Subject and a Sovereign are clear different things.
If I had given way to an arbitrary way, for to have all laws changed according to the power of the sword, I needed not to come here, and therefore I tell you that I am a martyr of the people and I go from a corruptible to an incorruptible Crown, where no disturbance can be." 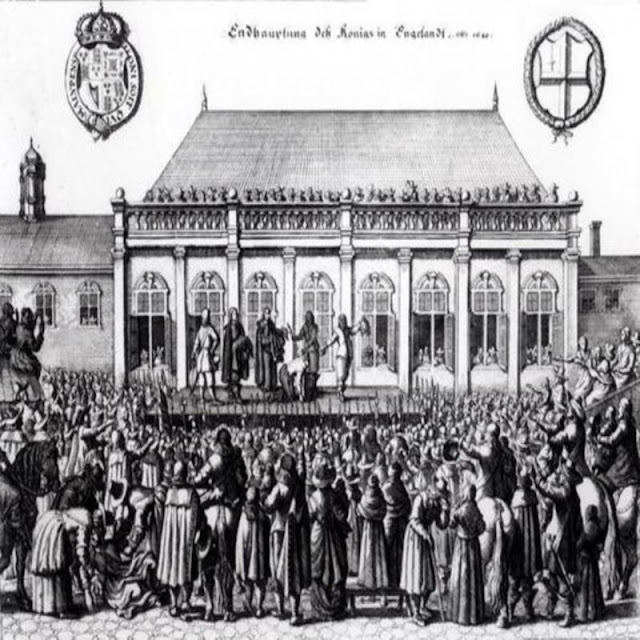 Having completed his peroration Charles removed his cloak and waistcoat and presented them to Dr Juxon who was standing beside him on the scaffold. His last recorded word was ‘Remember’, perhaps a reminder to his son not to forget this day and avenge his death. Then looking down upon the block he remarked that it was a little low and requested that it might be raised. The request was denied. He touched the blade of the axe to test its sharpness before without assistance laying his head upon the block. He indicated that the executioner not strike before he had indicated for him to do so by stretching out his arms. He must be permitted to complete his prayers. After a few moments of whispered quiet the sign was made and the axe severed the king’s head from his body at a single blow.
A witness later wrote that as the axe fell there was "such a groan by the thousands then present, as I never before and I desire may never hear again."
Prisonersofeternity.co.uk
Posted by Prisoner of Eternity at 23:54 No comments: