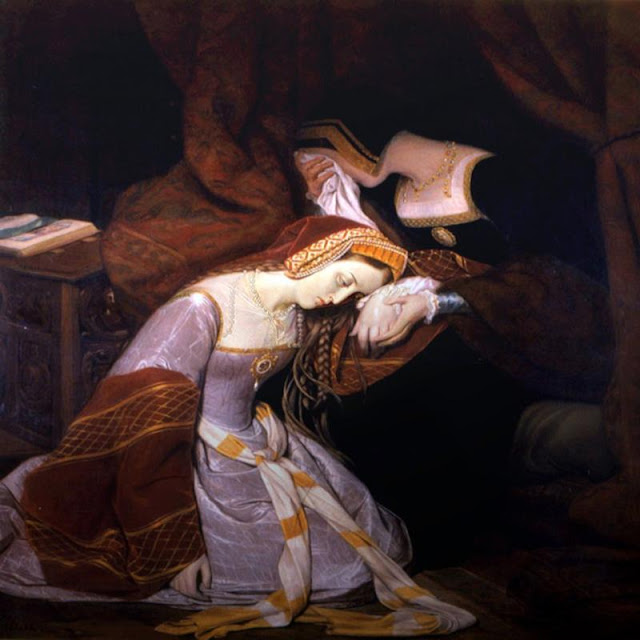 At 8 am on 19 May 1536, Anne Boleyn was taken to a specially erected scaffold within the confines of the Tower of London for execution on charges of adultery and treason. Before placing her head upon the block she briefly addressed the crowd in a calm if sometimes hesitant voice in a speech remarkable for its lack of malice and generosity of spirit which belied her reputation for petulance and excessive self-regard.

Good Christian people, I am come hither to die, for according to the law, and by the law I am judged to die, and therefore I will speak nothing against it. I am come hither to accuse no man, nor to speak anything of that, whereof I am accused and condemned to die, but I pray God save the king and send him long to reign over you, for a gentler nor a more merciful prince was there never: and to me he was ever a good, a gentle and sovereign lord. And if any person will meddle of my cause, I require them to judge the best. And thus I take my leave of the world and of you all, and I heartily desire you all to pray for me. O Lord have mercy on me, to God I commend my soul.
Posted by Prisoner of Eternity at 21:16 No comments: 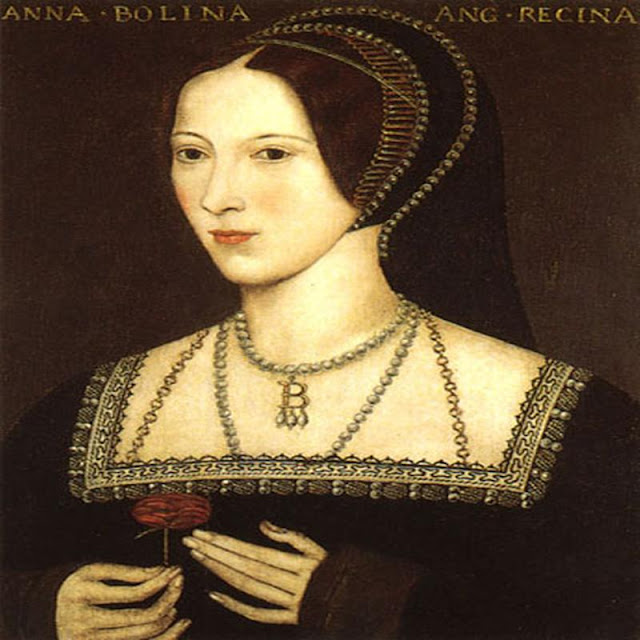 On 6 May 1536, while imprisoned in the Tower of London awaiting trial on charges of adultery and treason Anne Boleyn wrote a final letter to King Henry VIII. It contains little trace of malice towards the man who would see his wife beheaded but she does plead her innocence of the crimes alleged, if not the fact she may have caused him offence (the offence she knew full-well that of not bearing him a son and heir).

She also pleads that others not be punished for her sake and prays that Henry too avoid being brought to account before God for his ‘unprincely and cruel usage of me.’

Your Grace's displeasure, and my imprisonment are things so strange unto me, as what to write, or what to excuse, I am altogether ignorant. Whereas you send unto me (willing me to confess a truth, and so obtain your favour) by such an one, whom you know to be my ancient professed enemy. I no sooner received this message by him, than I rightly conceived your meaning; and if, as you say, confessing a truth indeed may procure my safety, I shall with all willingness and duty perform your demand.

But let not your Grace ever imagine, that your poor wife will ever be brought to acknowledge a fault, where not so much as a thought thereof preceded. And to speak a truth, never prince had wife more loyal in all duty, and in all true affection, than you have ever found in Anne Boleyn: with which name and place I could willingly have contented myself, if God and your Grace's pleasure had been so pleased. Neither did I at any time so far forget myself in my exaltation or received Queenship, but that I always looked for such an alteration as I now find; for the ground of my preferment being on no surer foundation than your Grace's fancy, the least alteration I knew was fit and sufficient to draw that fancy to some other object. You have chosen me, from a low estate, to be your Queen and companion, far beyond my desert or desire. If then you found me worthy of such honour, good your Grace let not any light fancy, or bad council of mine enemies, withdraw your princely favour from me; neither let that stain, that unworthy stain, of a disloyal heart toward your good grace, ever cast so foul a blot on your most dutiful wife, and the infant-princess your daughter. Try me, good king, but let me have a lawful trial, and let not my sworn enemies sit as my accusers and judges; yea let me receive an open trial, for my truth shall fear no open flame; then shall you see either my innocence cleared, your suspicion and conscience satisfied, the ignominy and slander of the world stopped, or my guilt openly declared. So that whatsoever God or you may determine of me, your grace may be freed of an open censure, and mine offense being so lawfully proved, your grace is at liberty, both before God and man, not only to execute worthy punishment on me as an unlawful wife, but to follow your affection, already settled on that party, for whose sake I am now as I am, whose name I could some good while since have pointed unto, your Grace being not ignorant of my suspicion therein. But if you have already determined of me, and that not only my death, but an infamous slander must bring you the enjoying of your desired happiness; then I desire of God, that he will pardon your great sin therein, and likewise mine enemies, the instruments thereof, and that he will not call you to a strict account of your unprincely and cruel usage of me, at his general judgment-seat, where both you and myself must shortly appear, and in whose judgment I doubt not (whatsoever the world may think of me) mine innocence shall be openly known, and sufficiently cleared. My last and only request shall be, that myself may only bear the burden of your Grace's displeasure, and that it may not touch the innocent souls of those poor gentlemen, who (as I understand) are likewise in strait imprisonment for my sake. If ever I found favour in your sight, if ever the name of Anne Boleyn hath been pleasing in your ears, then let me obtain this request, and I will so leave to trouble your Grace any further, with mine earnest prayers to the Trinity to have your Grace in his good keeping, and to direct you in all your actions. From my doleful prison in the Tower, this sixth of May;
Your most loyal and ever faithful wife, Anne Boleyn"

Posted by Prisoner of Eternity at 21:12 No comments: 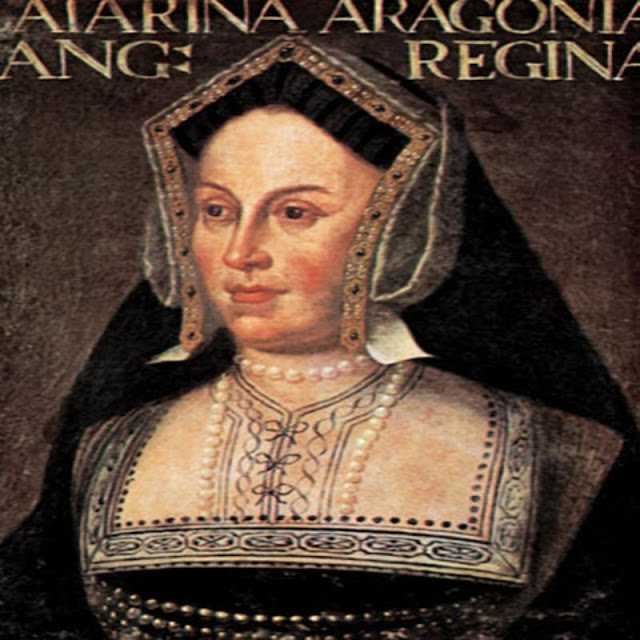 In late December 1535, aware that she was dying Katharine of Aragon wrote a last letter to King Henry VIII. Despite the divorce and his recent marriage to Anne Boleyn much to Henry’s irritation she continued to refer to herself as his lawful wedded wife regardless of having been exiled from Court and demoted in status to Dowager Princess of Wales, worse still in her missive she proceeded to both warn and scold him in equal measure and even condescended to forgive his past behaviour.
Unwavering in the face of years of bullying and intimidation she remained defiant until the end signing her letter – Katharine, the Queen.

My most dear lord, king and husband,

The hour of my death now drawing on, the tender love I owe you forceth me, my case being such, to commend myself to you, and to put you in remembrance with a few words of the health and safeguard of your soul which you ought to prefer before all worldly matters, and before the care and pampering of your body, for the which you have cast me into many calamities and yourself into many troubles. For my part, I pardon you everything, and I wish to devoutly pray God that He will pardon you also. For the rest, I commend unto you our daughter Mary, beseeching you to be a good father unto her, as I have heretofore desired. I entreat you also, on behalf of my maids, to give them marriage portions, which is not much, they being but three. For all my other servants I solicit the wages due them, and a year more, lest they be unprovided for. Lastly, I make this vow, that mine eyes desire you above all things.

Posted by Prisoner of Eternity at 21:07 No comments: