The Somme: First Day and Beyond 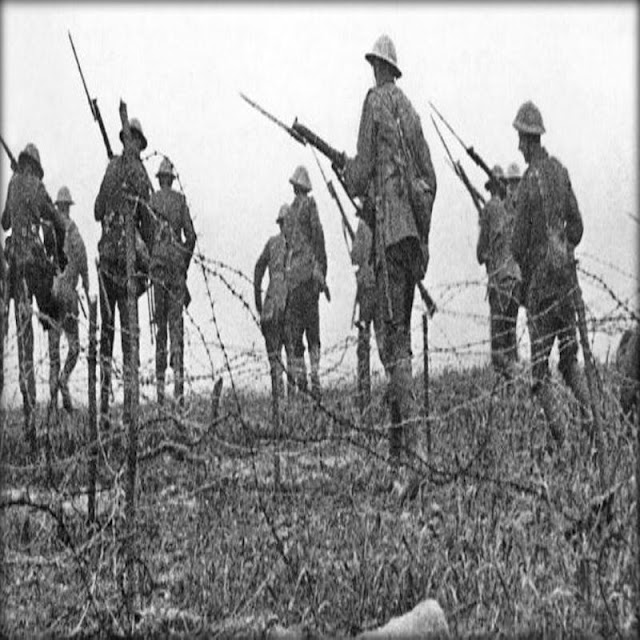 "Now God be thanked who has matched us with this hour and caught our youth and wakened us from sleeping."

The words were those of the deceased Rupert Brooke but it was a sentiment that might have been shared by the many who rushed to form Pals Battalions and become part of Kitchener's Volunteer Army that would go over the top on that misty summer morning. 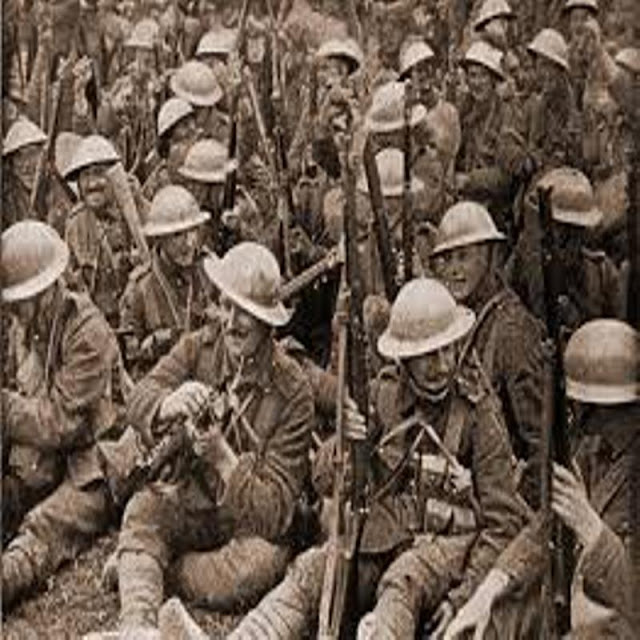 On 1 July 1916, Lord Kitchener's well-trained but as yet untested Army launched their first major offensive on the Western Front in the region of Picardy along the banks of the River Somme. It was designed to relieve the pressure on the French at Verdun. 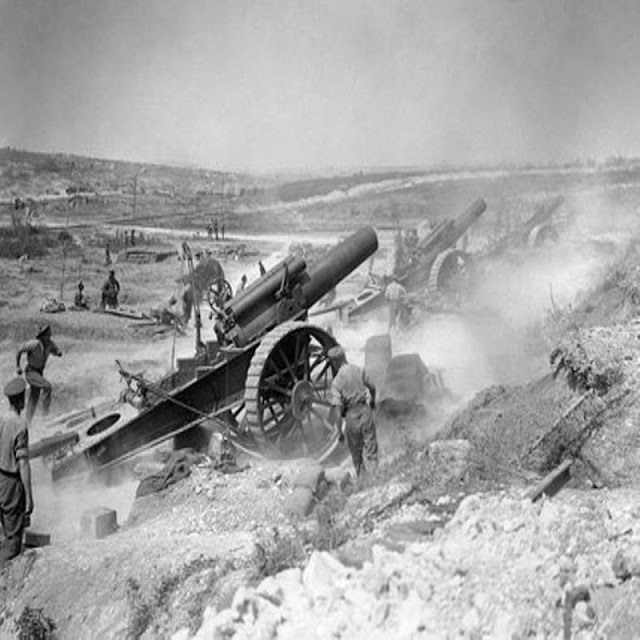 During the week preceding it 1.7 million shells were fired in a preliminary bombardment intended to devastate the German front-line defences with the booming of the guns able to be heard as far away as London.

It was impressive and for the German troops hunkered in their deep shelters a nerve-shredding nightmare of dust, darkness, and fear but many of the shells were of low calibre, defective, or contained shrapnel useless against fixed positions.

The German defences were damaged but not destroyed, the barbed wire remained uncut. 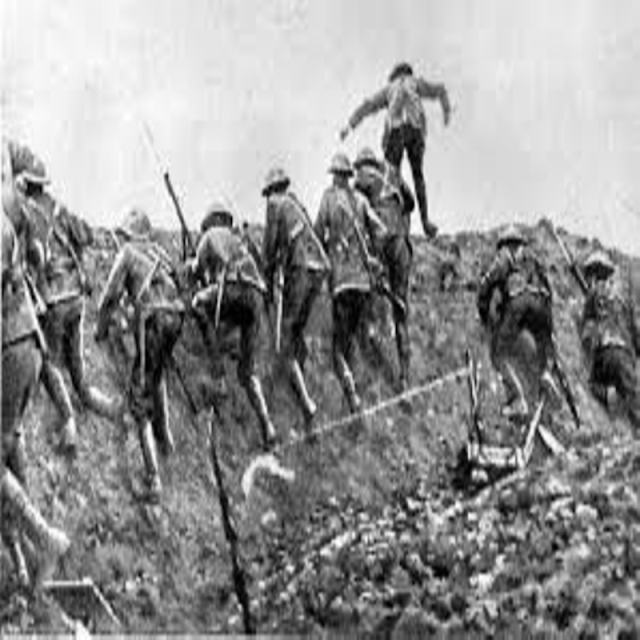 At 07.27  British troops left their trenches and advanced into a hail of shell and machine gun fire - it wasn't meant to be. 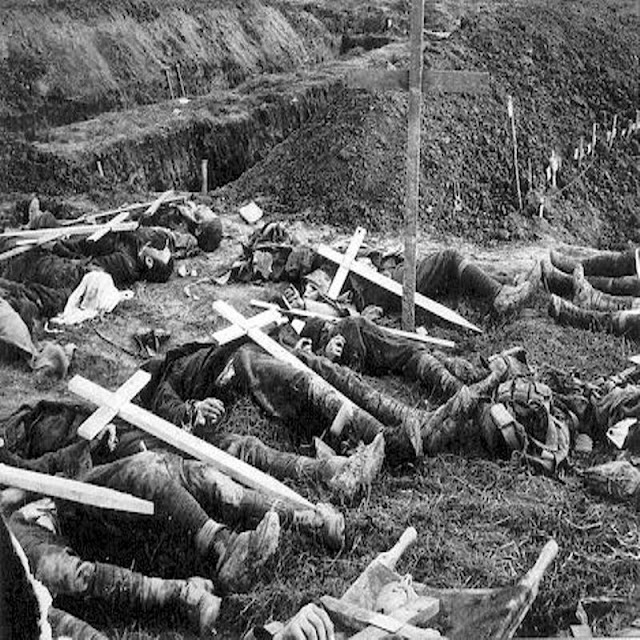 But nonetheless the battle was to continue for a further 141 days and by the time it finally petered out 95,675  British and Commonwealth troops had been killed, 324,000 wounded, and 57 Victoria Crosses awarded. They had advanced just 6 miles. 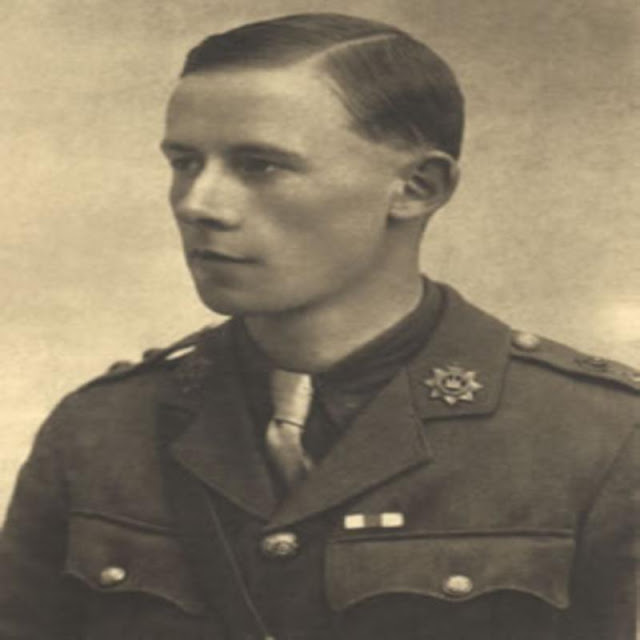 "And when the summons in our ears was shrill, unshaken in our trust we rose and flung but a backward glance and carefree still went strongly forth to do the work of men." 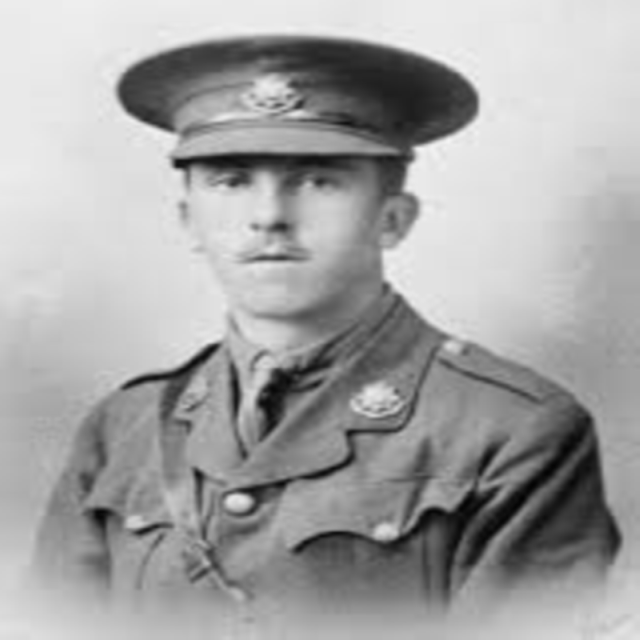 As the whistles were blown and the orders given to go over the top Captain Wilfred Nevill of the East Surrey Regiment kicked four footballs into no-man's-land offering a prize to the first man to pass one all the way to the German trenches.

Last seen calmly smoking a cigarette he was killed in the assault as were 60% of Officers leading their men that first day. 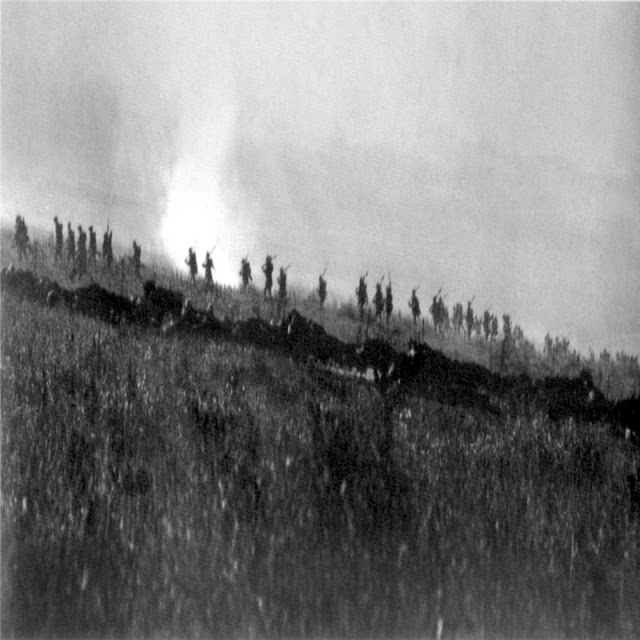 The Tyneside Scottish and Tyneside Irish Regiments, both Pals Battalions recruited mostly from the pit villages of the North-East advancing towards La Boiselle to the scurrl of the bagpipes were decimated. Of the 3,000 men who set out 2,909 became casualties. 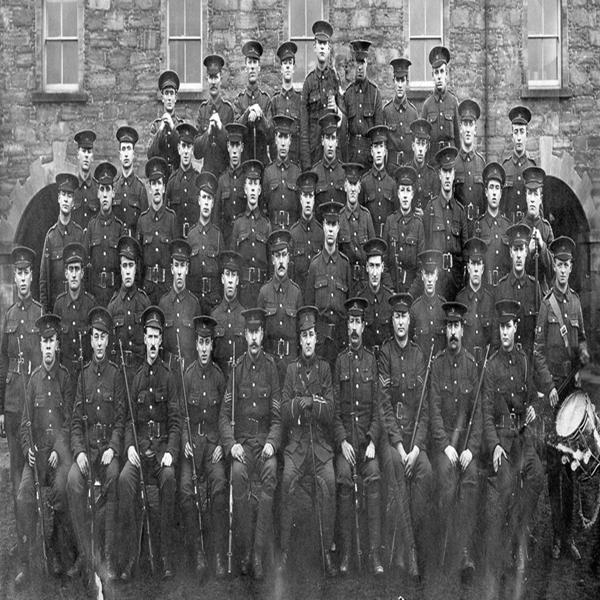 Some of the 726 men of the Newfoundland Regiment 658 of whom were killed or wounded on the first day of the Somme battle. Their Commanding Officer wrote:

"It was a magnificent display of discipline and valour and it failed of success because dead men can advance no further." 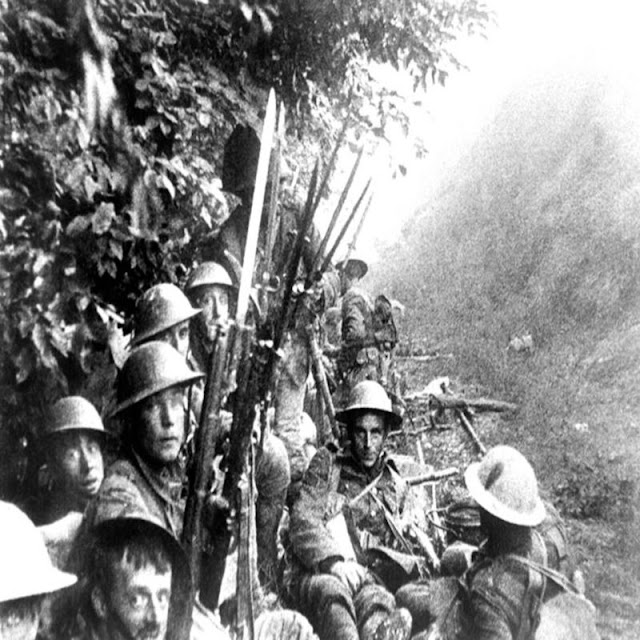 Men of the Lancashire Fusiliers take cover before resuming the attack. 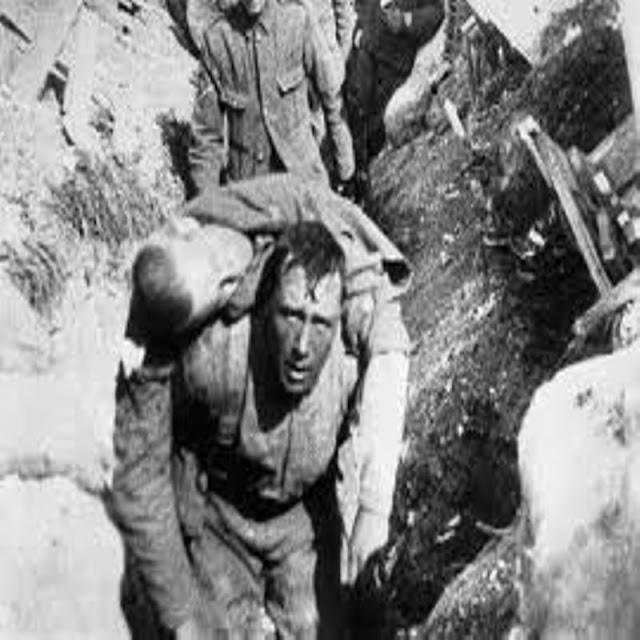 Private Frederick Darkes of the Royal Warwickshire Regiment  is the man in this powerful and iconic image captured during the official film of the Somme Battle released in cinemas throughout Britain in August, 1916. 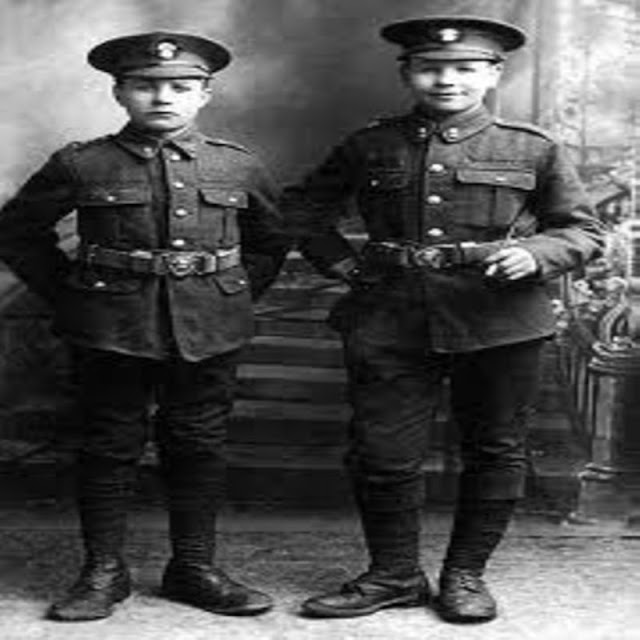 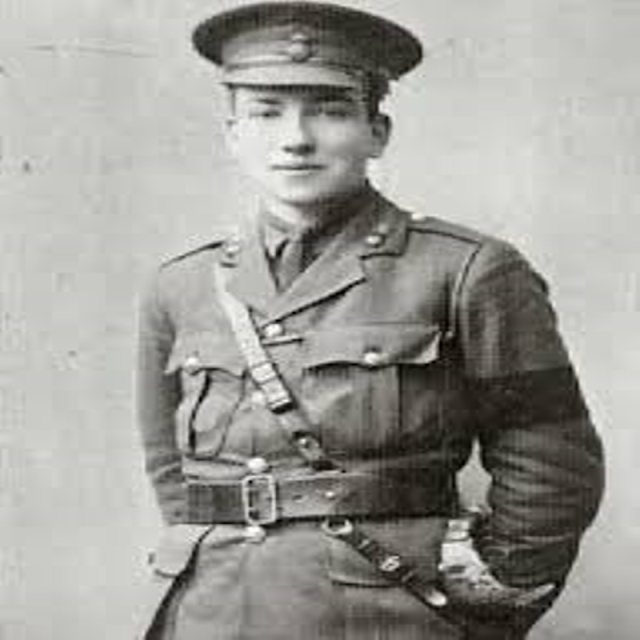 Captain Robert Graves, already an established poet and the future author of I, Claudius was so seriously wounded that he was declared dead only to surprise the medics, and everyone else for that matter, when he regained consciousness.

Notice of his survival did not become apparent before his family had already been informed of his death and his obituary had appeared in The Times newspaper. 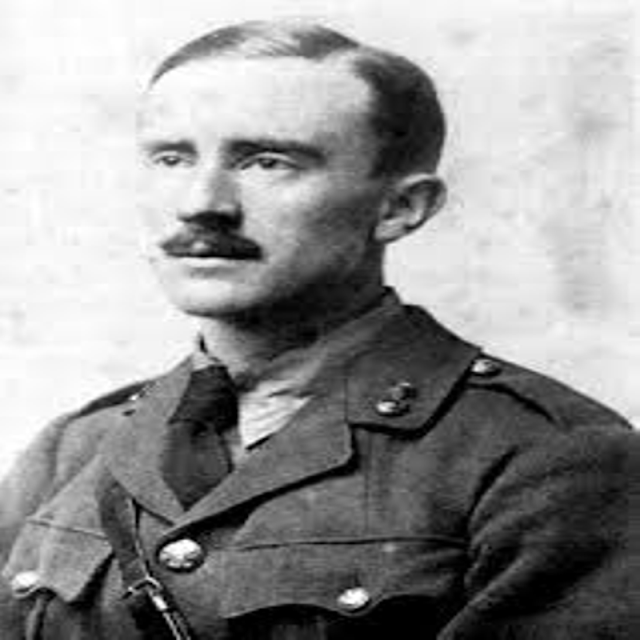 Lieutenant J.R.R Tolkien of the Signals Corps (Lancashire Fusiliers) served throughout the Battle of the Somme. It is believed that his experience of trench warfare greatly influenced his understanding and imaging of the subterranean world he later created in the Lord of the Rings. 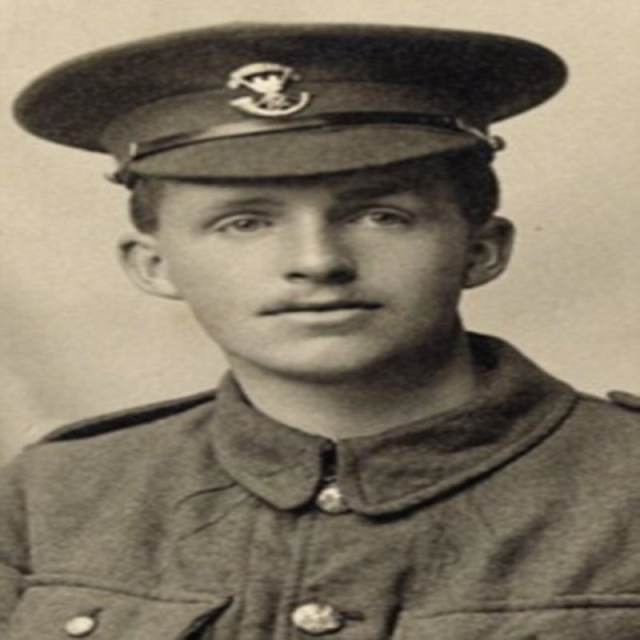 Lance-Corporal Arnold Ridley better known as the author of the Ghost Train and later as Private Godfrey in the television series Dad's Army fought at the Battle of the Somme where his legs were shredded by shrapnel, he was bayoneted in the groin, and clubbed unconscious. He survived to serve in World War Two. 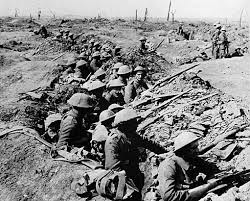 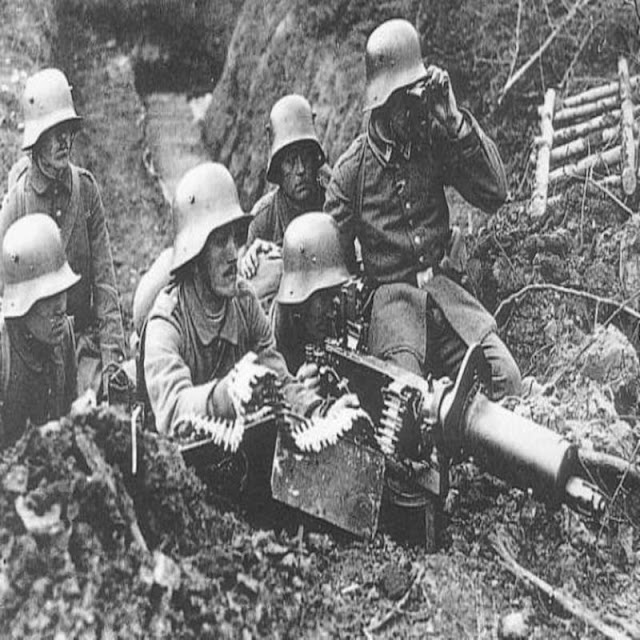 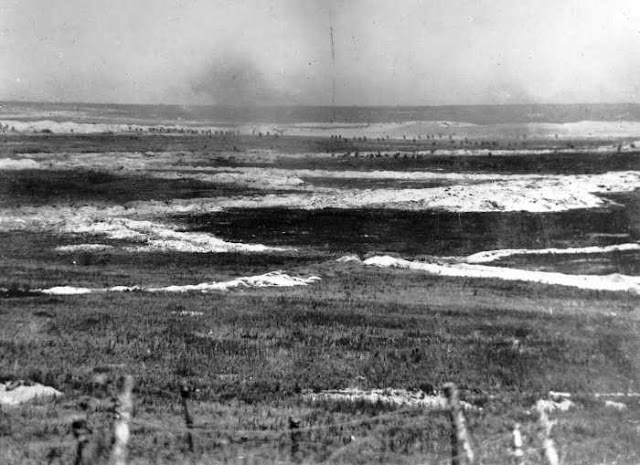 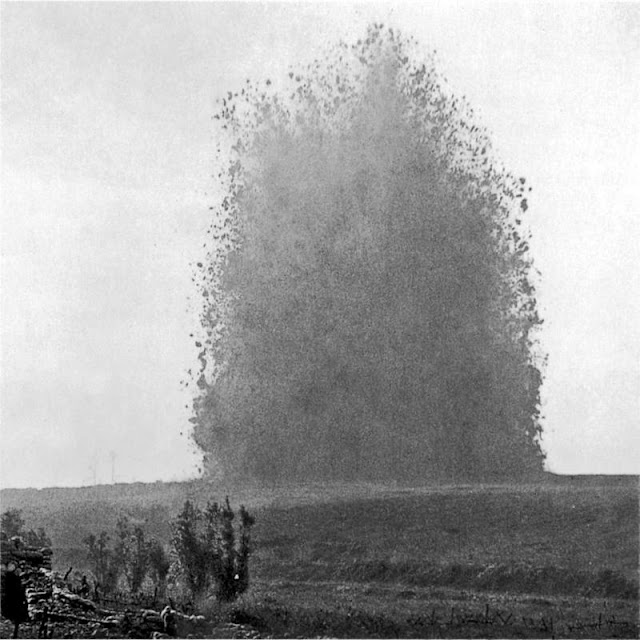 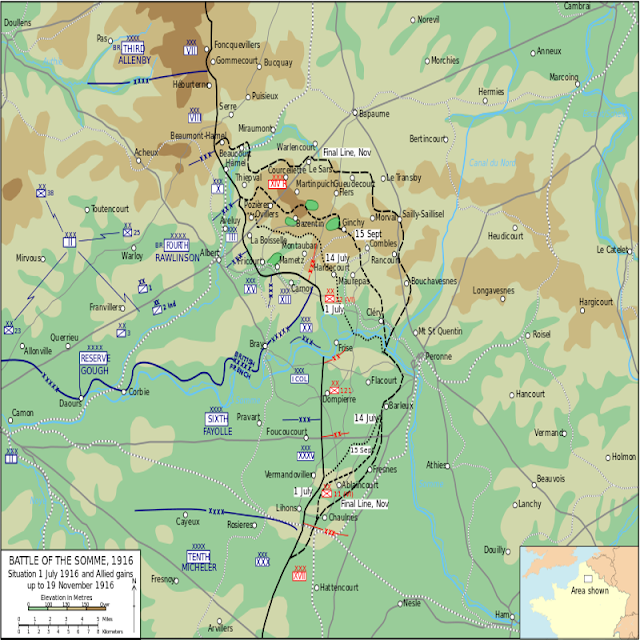 Posted by Prisoner of Eternity at 13:06