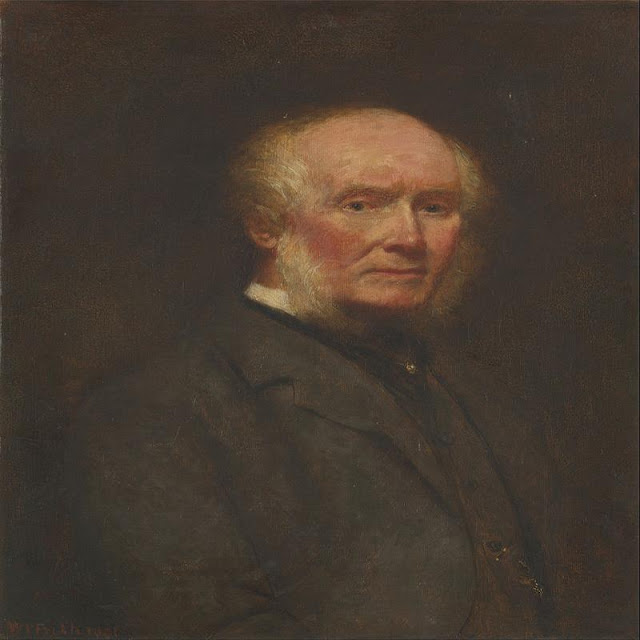 Already a successful artist his breakthrough to becoming one of national renown was a painting that upon being exhibited received at best mixed reviews, not so much for its aesthetic qualities but its choice of subject matter. 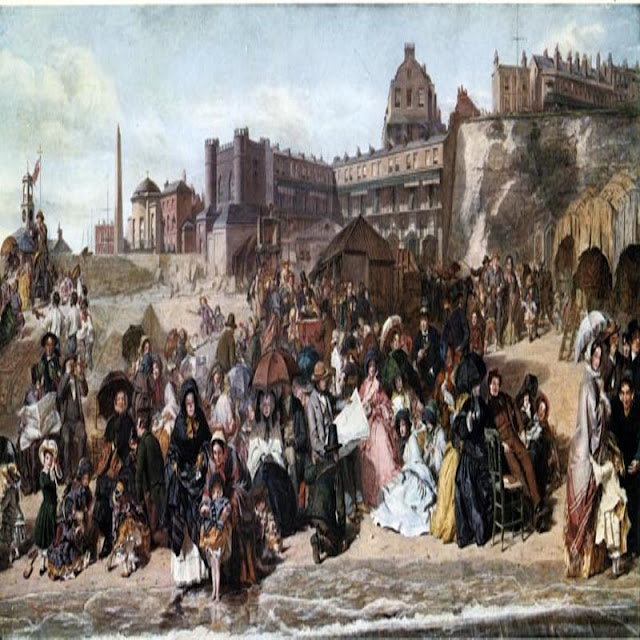 Life at the Seaside (1854) his depiction of working people enjoying a day out with their families frolicking on the beach at Ramsgate Sands may seem uncontroversial today but at the time when the working class were either portrayed as toiling in the fields or destitute and queuing up for the Workhouse the image of them sober, behaving responsibly, and having fun in places that had previously been before the expansion of the railways been exclusive to the better-off were seen by many as positively vulgar and an incitement to others to do the same. 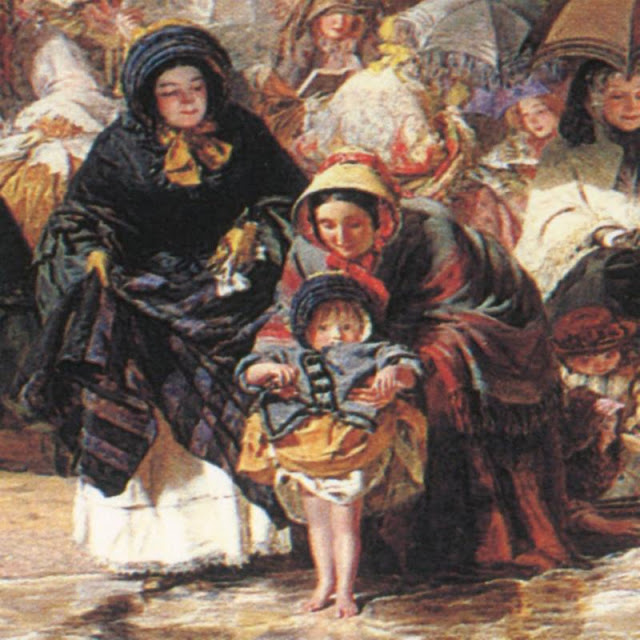 It was nonetheless exhibited at the Royal Academy and the criticism soon ceased when it received the endorsement of Queen Victoria, who with a fondness both for Ramsgate and portraits of her people happy, purchased it for the tidy sum of 1,000 guineas putting it on display at her home, Osborne House on the Isle of Wight.

Frith followed up the success of Life at The Seaside four years later with a painting that caused a sensation and is now widely considered to be his masterpiece – Derby Day. 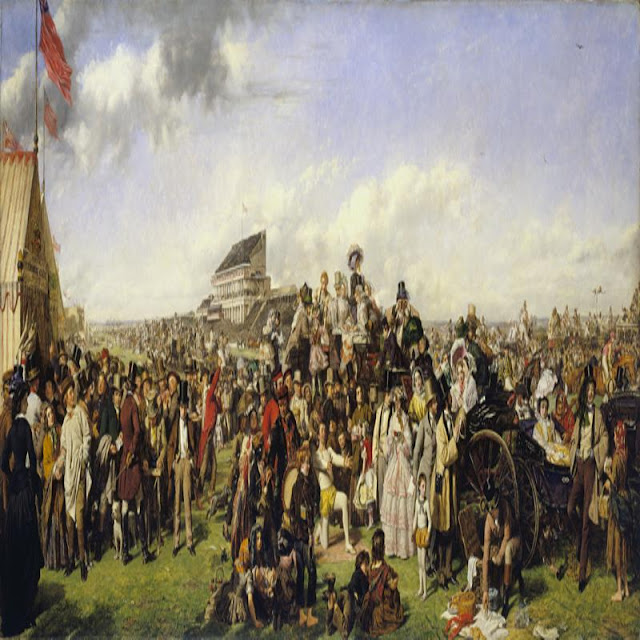 The Epsom Derby attended by Royalty and the highest in the land was the highlight of the sporting calendar but Frith taking evident delight in his subject matter portrayed the other side of the event, the thousands of working people who massed on the hill far away from the grandstands to eat, drink, gamble, and roister the day away. 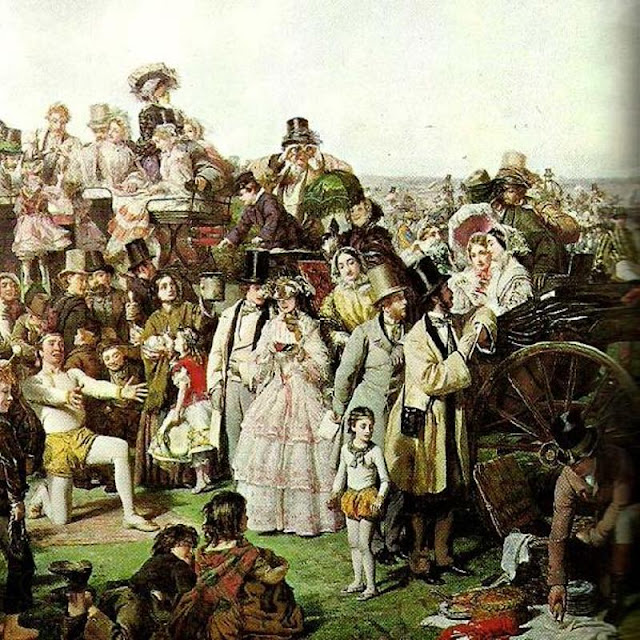 Accused of bringing a noble event into disrepute the outrage was even greater when upon closer inspection it was seen to depict thieves, con artists, and scenes of seduction. 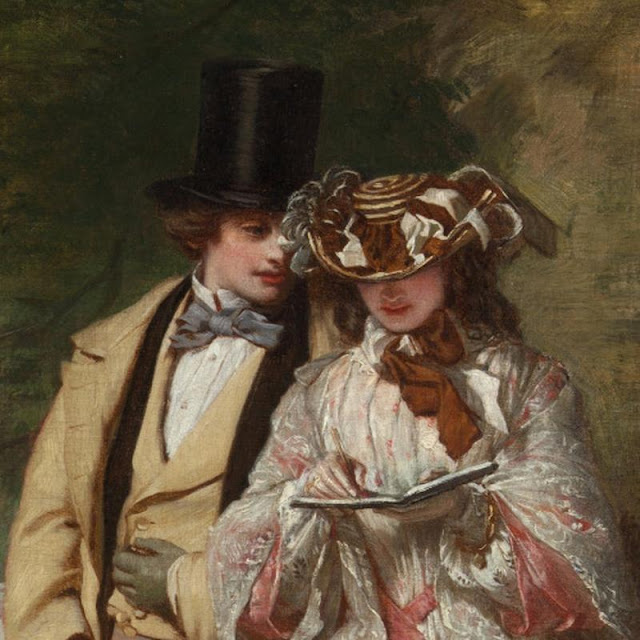 It was a sensation and when it was exhibited at the Royal Academy it required a rail to separate it from its over-enthusiastic audience and a police guard, only the second time this had ever happened (the other had been David Wilkie's, ‘Chelsea Pensioners Reading the Waterloo Dispatch’,  35 years earlier).

Frith now began to see himself as the new Hogarth for a modern age, the Chronicler of Victorian life, and like Hogarth and his Rake’s Progress he now also produced a series of paintings portraying man’s fall from grace in his Road to Ruin and Race to Wealth.

The juxtaposition of rich and poor in his paintings often highlighted the inequalities of the day much as the mocking tone he adopted towards many Victorian institutions sought to undermine the standards they professed to represent, not that he was a model of moral rectitude.

In fact, he was the living embodiment of Victorian hypocrisy for he shared his time between his wife Isabelle and their 12 children and his mistress Mary Alford and their seven children.

The fact that he maintained two seemingly respectable middle class families less than a mile down the road from one another and kept it a secret for so long was in itself a remarkable achievement.

When the scandal finally broke it became the subject of gossip the length and breadth of the country but even in a society that rarely shirked from condemnation it did little to dent his popularity.

William Powell Frith having lived throughout the reign of Queen Victoria, both before and beyond, died on 9 November, 1909, aged 90. 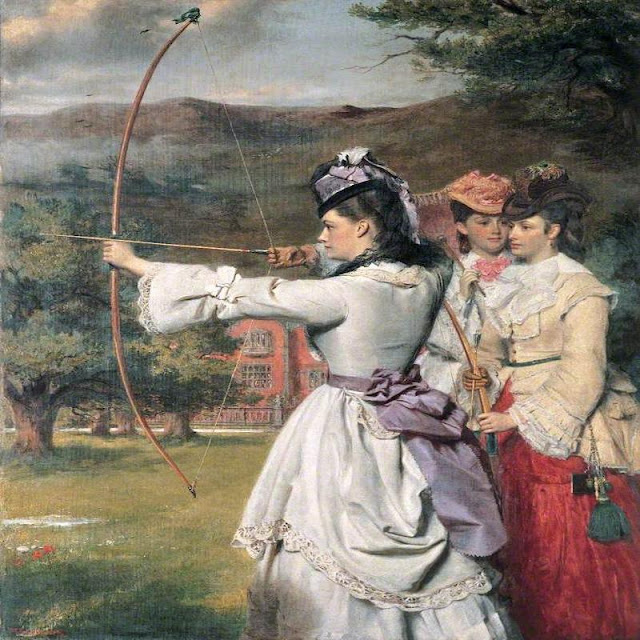 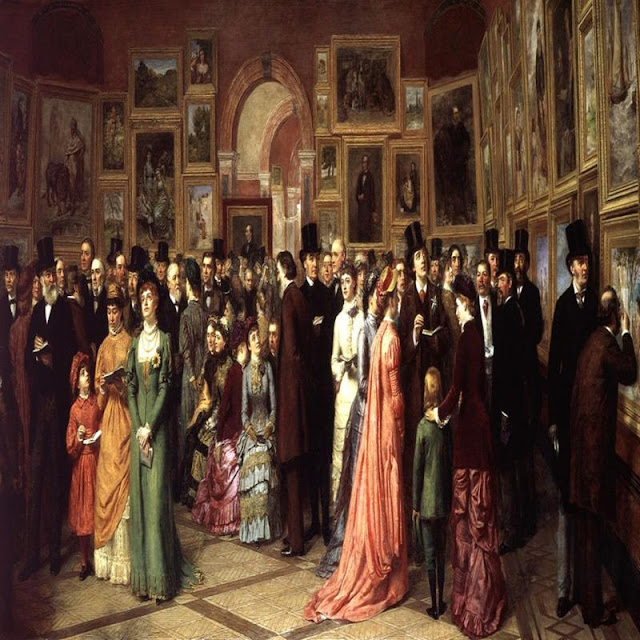 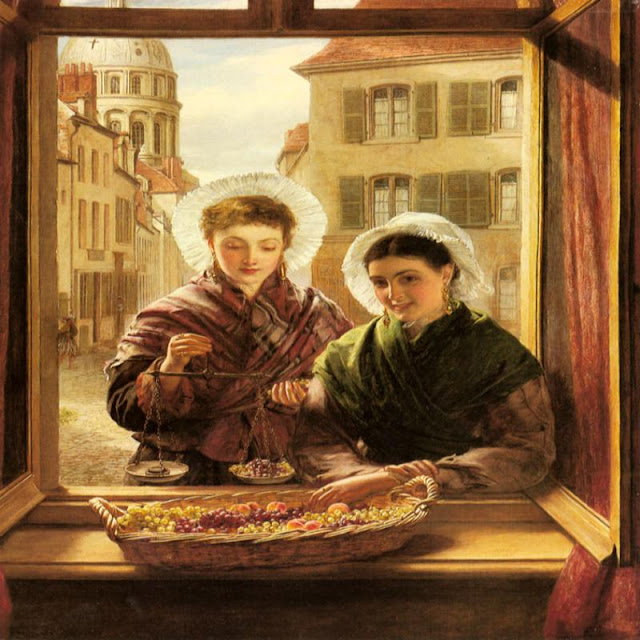 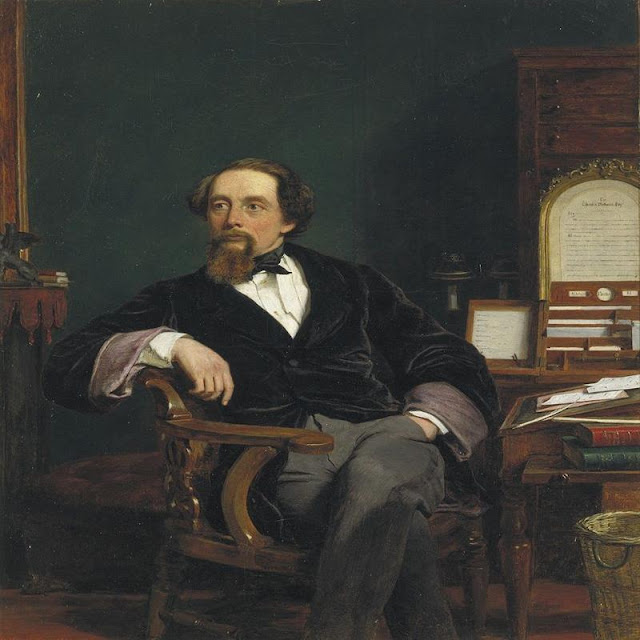 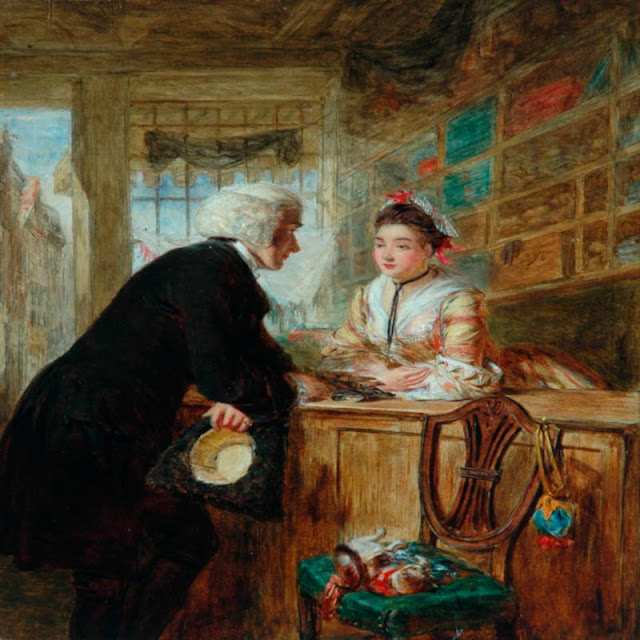 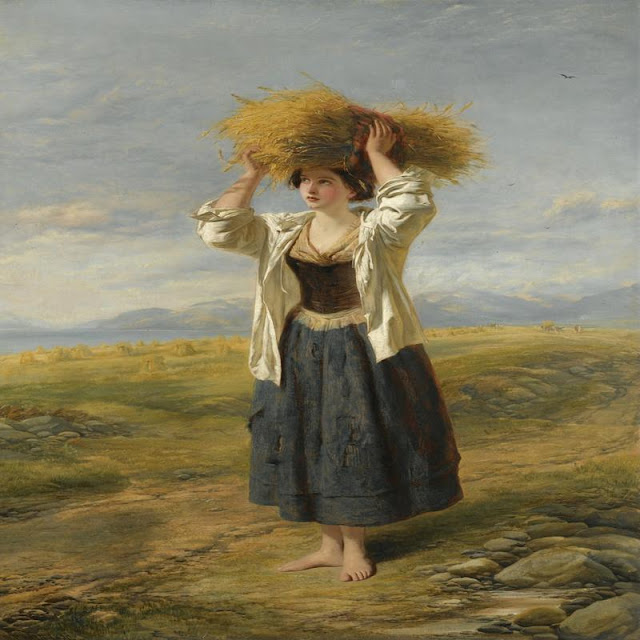 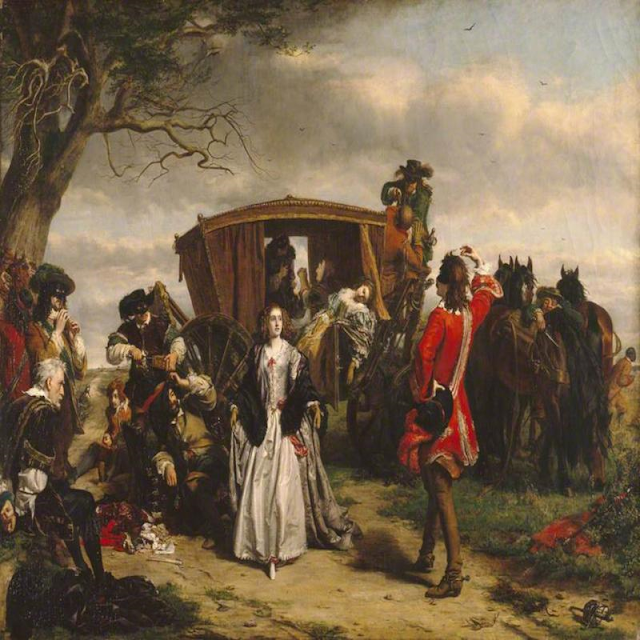 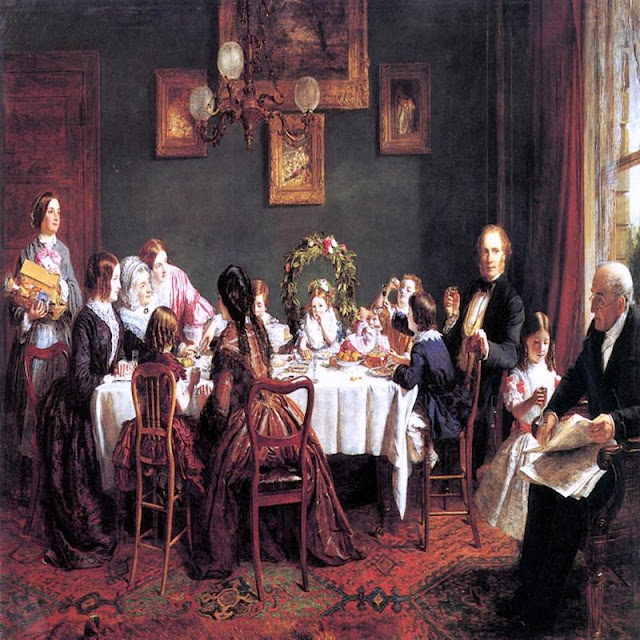 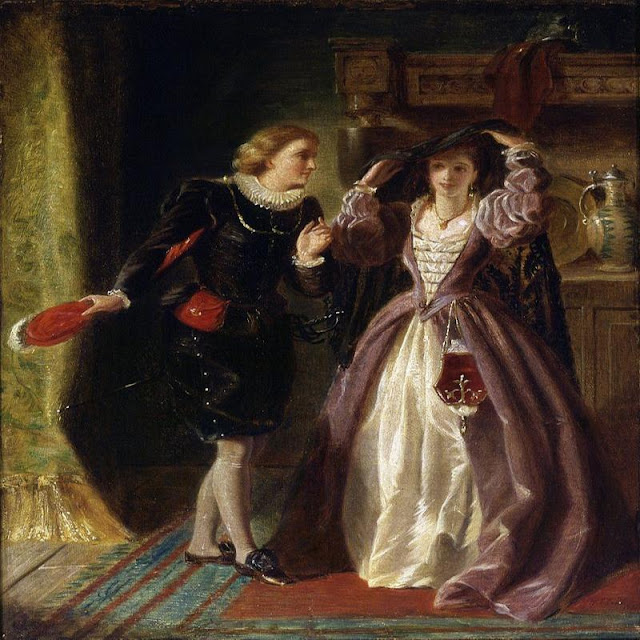 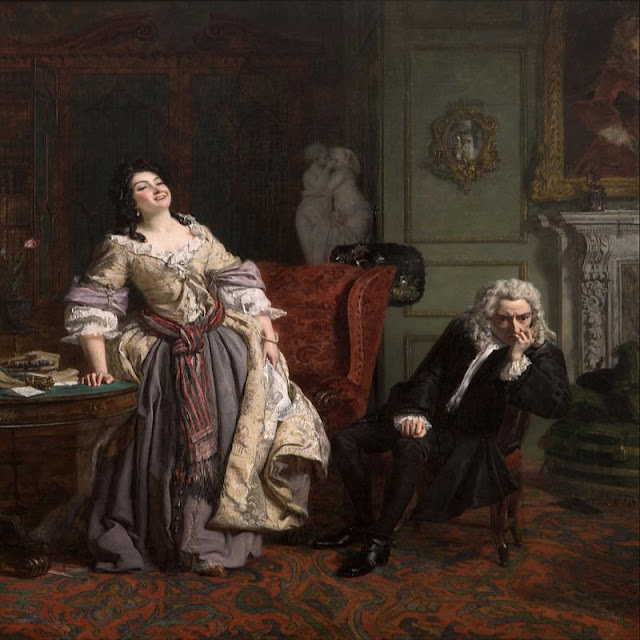 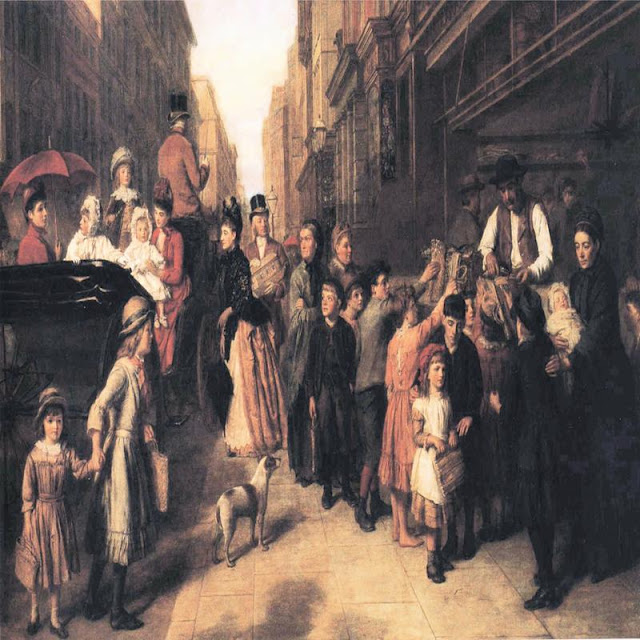 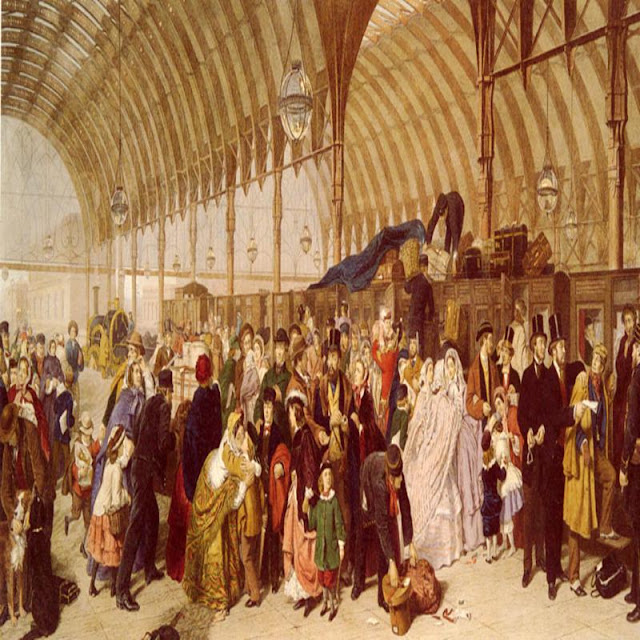 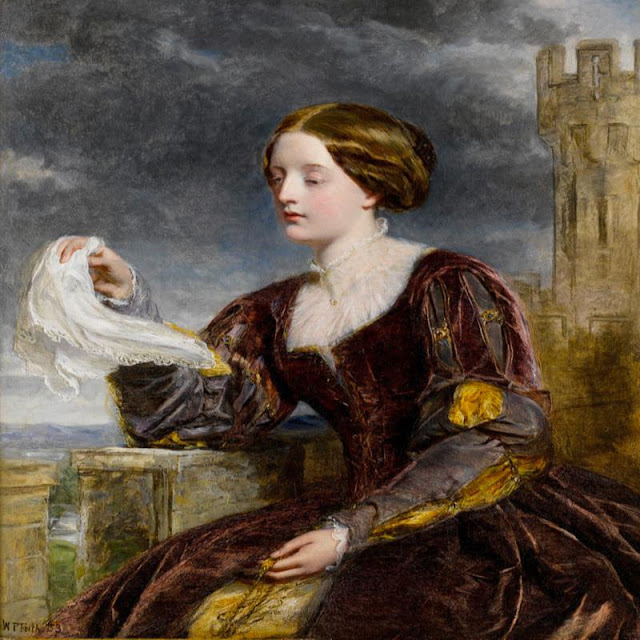 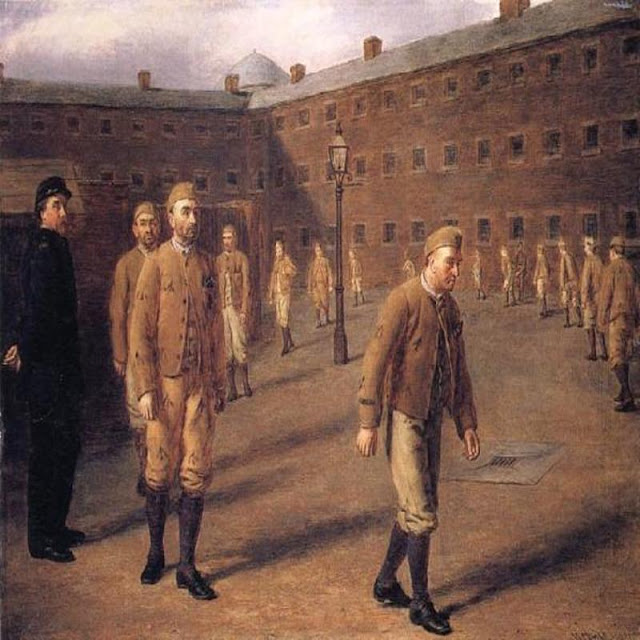 Posted by Prisoner of Eternity at 20:53